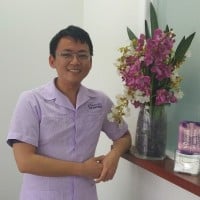 Dr Terry studied and graduated from The University of Queensland with Honours in 2015 and has experience in private and public dental clinics. Dr Terry has also obtained a postgraduate qualification, allowing him to do complex dental implants, from James Cook University.

Terry’s main interest in dentistry is Oral Medicine/Pathology and Periodontology and whilst studying dentistry at the University of Queensland became the founder and president of the Taiwanese Dental Group and is currently a member of the Queensland Medical Orchestra.

Terry has also volunteered with the Tzu Chi Foundation where he collaborated with other dentists to treat refugees. Other than English Terry can speak fluent Mandarin Chinese and Taiwanese, and is currently learning Japanese.

Terry’s other interest include cooking, composing music and playing badminton and looks forward to working alongside the dentist’s within the Australia Dental team!